Good morning everyone.  Midnight is fast-approaching here on the east coast, but there's zero chance that I'll hit the 'publish' button before midnight, so good morning. 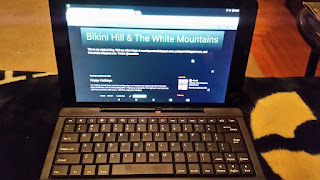 This is the Christmas present to myself that I previously mentioned, the new tablet that I am currently typing on.  Anyway, after working eight days straight, I now have 4 out of 6 days off.  I spent the first of those days catching up on my sleep.  Starting about 24 hours ago, I slept for 8 hours, then took a 3-hour nap shortly afterward, and then took another 2-3 hour late afternoon thru early evening snooze.  I believe that this 13-14 hours of sleep in a 24-hour period is the most that I've had since arriving in New Hampshire.  Well, I watched my Spurs beat the most hyped team in the NBA tonight, and now I've got 'Law & Order' playing in the background as I tap these keys.  My brother recently sent me a nice package from the desert, which arrived today... 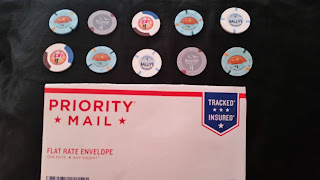 For those of you who know me a little, I have a habit of playing with three poker chips, even when I'm not at a poker table.  I manipulate the chips thru my fingers and against each so often that I actually wear away the clay that the chips are made of.  Thankfully some reinforcements arrived today...  :D

Speaking of my brother, Pete and myself both called a first last week in my blog Coach's Parlay Card.  Never before had all four road teams won playoff games in the NFL's Wild Card round, but Kansas City, Pittsburgh, Seattle, and Green Bay all picked up W's last weekend.  Along with our friend Joey, we'll all be back at my other blog tomorrow with our predictions for this weekend's divisional round of games.

As I mentioned last time, I'm way behind in posting stolen material and stories involving my friends, so off we go... 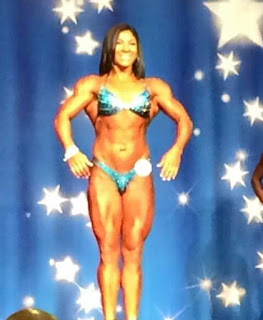 In her first competitive show ever, my friend Leanne placed 5th out of close to 100 contestants.  If you search the blog archives, you'll find her name 1 or 100 times as I've stolen from her quite often.  :)  Congratulations Leanne - super proud of you!!  This contest took place before Christmas - that's how far behind I am here... 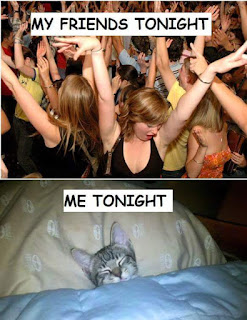 This meme shared by my friend Heather is an accurate enough depiction of my own New Year's Eve, and one that I'm determined not to repeat.  I had to work until early that evening, and having to work again on New Year's Day, I spent the evening in bed watching the Alabama/Michigan State game...  #yippee 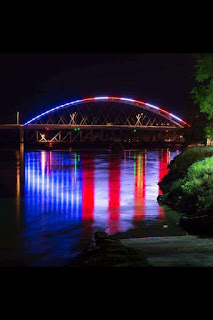 This is a really cool photo that my friend Candice shared just before Christmas.  The information given with the picture only says that it is a bridge that goes from Missouri to Kansas.

I also wanted to note in this entry that another blog has joined my list of suggested links over there on the right.  'Roads To Tommorow' is the newest poker blog to join that list, and what makes it different from the others listed is that the writer is still in his infancy playing poker (relatively speaking, compared to the other writers), and that he usually posts more often than the rest of us.