"Gossip dies when it hits a wise person's ears..." -via Valerie Saenz Neira-

"For only having one pair of boobs, I sure do have a LOT of bras..." -Jessica Johnson-

"I'm not even ashamed to say I have eaten Whataburger three times in the past week... #thankyoutexas #itssogood" -Abby Bland-

Good morning everyone.  I have grand plans for today, and we'll see how that works out.  My intent is to write an entry for all four of my blogs today, and this is the start of my first post.  My original plan was to write two blog entries yesterday, followed by the other two today, but I spent most of yesterday sleeping.  When I stay up all night on Friday and Saturday night (which I did once again), I have to make up for the sleep on the other side.  One of my pet peeves for a long time now has been the notion that whoever put out there suggesting that people can't make up for lost sleep.  My contention has always been that if you couldn't make up for lost sleep, you would DIE...  Anyway, I slept a substantial amount from Sunday afternoon through about 1:30 this morning.  During one of my periods of being awake, my good friend Joey took me shopping in advance of venturing off with his girlfriend on a two-week vacation to California.  Shortly after they return, Joey, my brother Pete, and myself will once again be posting our favorite weekly football bets at another of my blogs, Coach's Parlay Card.  Upon waking up very early this morning (and now with a full refrigerator), I realized that I have a ton of good options on t.v. to keep me distracted as I type up blog posts today.  ESPN is running a 28-hour fantasy football marathon (which will conclude with a celebrity draft - I love watching drafts, even when I'm not involved in the league), there are a pair of Olympics semifinal women's soccer games today (something that I can bet on, and I already have - Go Brazil and Germany!), and there are also several movies and Criminal Minds reruns, etc., etc... to keep me occupied.

I've mentioned the one blog already.  Let's get the other links out of way right now.  I also write a poker blog (Three Chips Poker) which chronicles my weekly adventures, and my "rant blog" is Coach Goes Viral.  I'm optimistic that today marks the beginning of when I write at least one entry for each blog on a weekly basis.  After going through the tedious process of creating my second, third, and fourth blogs (this being the original), I earned a promotion at work last year, and that was followed shortly by reconnecting with one of my former high school classmates.  Long story short, I haven't written much of anything in the past year, relatively speaking.  Consider that at one point in time, I was writing four entries per week, just for this blog...  This blog actually turns five years-old next month.  WOW...  While I'm doing links, I also want to bring attention to a friend's new business.  My friend Sean just opened up shop for those of you who are in the market for paracord bracelets or woodcrafts at this address.  As far as my links are concerned (for today's posts), remember that this is my first entry of the day, and I'll probably be publishing this at about noon E.S.T. (9:00 P.S.T.).  I'll do my poker post next, followed by my football (parlay card) entry, and then my "rant."  Each will probably take 2-3 hours to go online (as I eat and take t.v. breaks in-between).  I'm just letting you know this so you'll have an expectation as to when you'll find something new at each blog.

Back to school.  Well, I was a bit nostalgic last week as I celebrated my 26th anniversary of graduating from (Southwest) Texas State University. 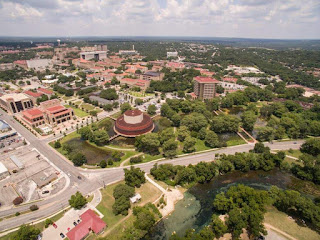 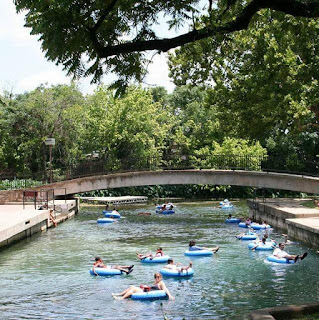 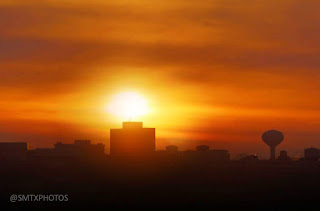 Having chosen to attend SWT "blind" (I picked my alma mater from New Hampshire, having never been on the campus before), I was incredibly fortunate.  Probably one of the best decisions of my life, and made at the age of 17...  What a great school and a great town.  God bless San Marcos, America...

Of course I'm not the only summer graduate in the history of mankind... 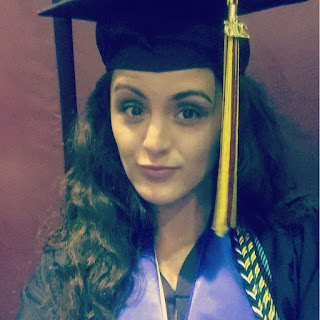 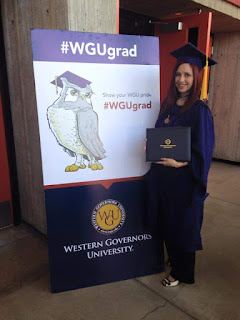 The top photo is a picture of my friend and former student KayCee, a San Marcos product who I'm very proud to say graduated from my alma mater over the weekend.  Much like myself, I consider KayCee to be sharp and a fighter, and I was very happy to see that photo on Facebook last Friday.  Another young lady who falls into that category is my friend Abby (pictured with the owl), who recently received her Master's Degree.  Abby also earned her undergraduate degree from my alma mater, so we'll forgive her for going out of state to graduate school...  ;)  Congratulations again to both KayCee and Abby on their accomplishments!

Without skipping a beat, my friend Scotty shared a 'Back To School' photo on Facebook last week... 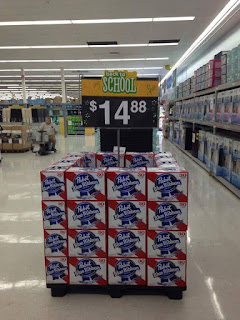 You've gotta love retail...  :)  Going back to a couple of our aforementioned culprits, my friend Joey asked me the BEST question yesterday while I was shopping (my Texas friends will LOVE this)...  As I picked up a jar of mayonnaise, Joey asked me, "Have you ever heard of Whataburger?"  Joey then proceeded to start to explain what Whataburger is before I could respond, laughing and telling him, "Oh, THAT'S going in the blog..."  Note Abby's quote at the top of the page - if you've lived in Texas, you're probably familiar with Whataburger (and Dairy Queen, and Sonic...).  Anyway, after we laughed, Joey told me the story that he was reminded of...  A friend of his recently ordered a burger with no ketchup or mayonnaise at a Whataburger in Roswell, New Mexico.  The cashier informed him that they didn't have mayonnaise.  Joey's friend pointed out that the menu stated that this particular burger comes with ketchup and mayo, which he'd rather do without.  The cashier then responded by saying, "Oh, we have mayo, but we don't have mayonnaise..."  Hmmm...  I told Joey that this cashier should be at the front of the line when they start getting paid $15.00 an hour...  :)

ANYWAY, I'll leave you with that for today, since I have three more blogs to attend to.  Have a great week and I'll see you soon!