"Exercising would be so much more rewarding if calories screamed while you burned them..."
-via Francesca Welsh-

"Surround yourself with those on the same mission as you..." -via Courtney Parisi-

"I probably have like the worst patience ever.  Like I don't even like to plant seeds because I hate waiting for them to grow..." -Belyne Gonzalez-

"The reason good men are hard to find is because they're usually busy working..."
-via Kastle Ford Durst-

"It's simple things I appreciate and look forward to..." -Melanie Ramirez-

"But it's our story and my favorite story ever..." -Megan Stremmel-

Good evening everyone.  There's a very high probability that we'll talk a little bit about sports tonight, so prepare yourself accordingly (Miletus).  ;)  Since that's the case, we'll begin with our semi-regular pictorial showcase.  I spotted this gem today from my friend Alyssa, with the caption, "It took all of my willpower not to adopt this little one..." 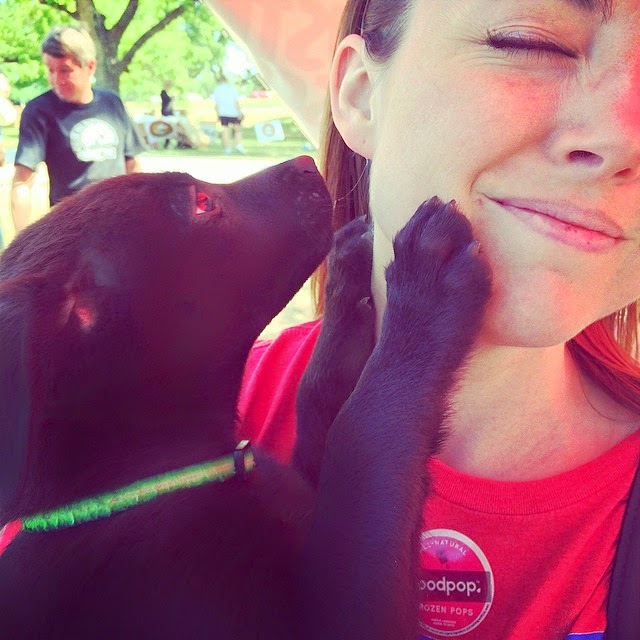 And we're going to call that just about the cutest photograph ever...  I've had several complaints (actually, no one has said anything at all) about my recent absence of Las Vegas snapshots, and you're not getting one tonight either...  However, I wanted to show you a couple of views that you're not likely to see from the Strip.  This is a beautiful shot from the Lone Star State that my friend Mike took... 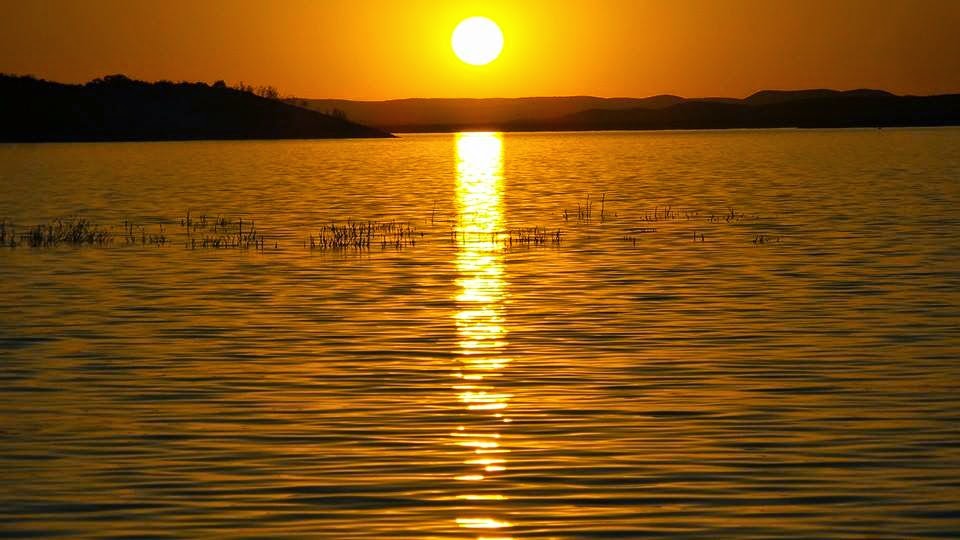 A gorgeous frame full of water is about as anti-Strip as you can get.  This next shot speaks to how Mother Nature can sometimes solve your problems for you.  Up in Canada, my friend Matt was wondering if he should mow his lawn this weekend... 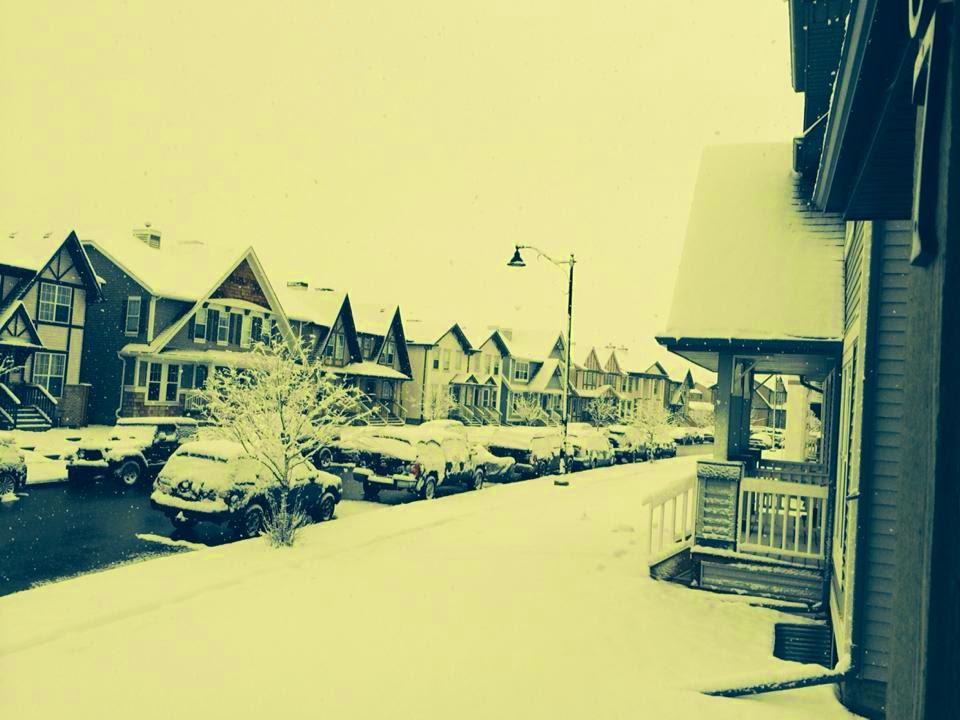 Problem solved...  So now we'll proceed with our sports programming.  Has anybody been watching any basketball?  My friends have...  Those last four quotes above were plucked from the MANY hoops statuses that have graced my facebook page recently.  As I suspected entering this season's playoffs, the Western Conference has been cutthroat since the postseason began.  We were 9/10 of a second last night from seeing all 4 first round series in the West decided by a Game 7.  The Mavericks, carrying the #8 seed in the West, won 49 games during the regular season.  That would have given them the third best record in the East.  Yes, the only teams from the East whose records would have qualified for the playoffs in the Western Conference are Indiana and Miami - think about that for a minute...  Although I'm a Spurs fan, I'm here to tell you that anyone is capable of coming out of the West (except for the Rockets of course), and I've addressed this in the blog dating back to last year's finals.  I put my bonus prop bet from Bovada with the Spurs (where my heart is), but nothing is going to surprise me in this postseason.  Five first round series are going the distance this season, a first for the NBA.  As I write this, the Pacers have advanced against the Hawks in the East.  For those of you keeping up with my monumental $1.00 "warm-up wagers" at Bovada, I took all of the visitors with the points tonight (Hawks +6 *Loss*, Grizzlies +9, and Warriors +7).  Ha ha - Rob from robvegaspoker.blogspot.com just commented on my most recent post here, saying that myself and three members of the Dallas Cowboys Cheerleaders could have placed third in the Eastern Conference.  All I can say is that those cheerleaders must be REALLY GOOD basketball players...  ;)  A friend of mine at work told me that I shoot like Manu Ginobili on Friday (which of course, I will ALWAYS take as a huge compliment), but the comment came in reference to me firing at (and missing) a trash can, and I was promptly informed that the remark was indeed NOT praise...  :(  Katherine happens to be the only Spurs fan that I quoted above, and I'll give all of you the same advice that I gave her - if you're a fan of the NBA, do yourself a favor and attend a playoff game if you ever get the chance.  The electricity in the building during the playoffs makes regular season games pale in comparison.  The atmosphere and intensity is INCREDIBLE!  As for Salsa, Traci, and Jenny, I don't know where I went wrong...  ;)  However crazy the Mavs/Spurs matchup is tomorrow (in addition to the rest of these seventh games), I'm borrowing this photo that my friend Linda was tagged in, just to remind you where my heart is... 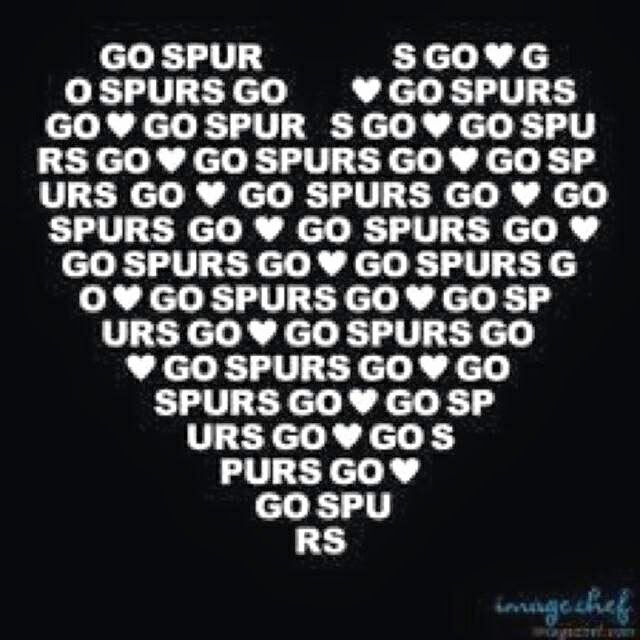 Hopefully we'll be talking about Spurs/Blazers here next week...  Actually, that reminds me that I forgot to talk about something here in my blog that is equal to few and superior to none.  :)  I wanted to revisit the Orange/White football scrimmage that the Longhorns held recently.  I think that I neglected to tell you that one of the highlights of the day was the fans booing because the defense wasn't allowed to hit the quarterbacks (two-hand touch), followed by additional disappointment because every punt resulted in a fair catch.  The popular sentiment seemed to be, "C'mon, let us crush our own players..."  :)

Speaking of football, I can't begin to elaborate on how excited I am about the upcoming NFL Draft, and I'm talking about, "Young child waiting to open up his presents on Christmas excited..."  For one thing, once the draft has concluded, then the various college and NFL magazines can go to the printer.  Second, I can't wait to see how the make up of each team is going to shake out.  The draft begins on Thursday night my friends...  :D

As for me, my countdown to Las Vegas is now at 89 days, and the countdown for the number of blog entries that I'll make before leaving for the desert is now at 25 (and yeah, I am always counting things down - SHUT UP)...  :P  It appears that I have some more preparations to make in order for this to happen, so I'll get you go for now.  Have a great weekend (Sunday), and I'll see you again on Tuesday!  ;)