"Before you start pointing fingers, make sure your hands are clean..." -Sarah Jo-

Good morning everyone (it's very late on Friday night right now, but by the time I hit the 'publish' button - you get the idea)...  The title of tonight's post plays into me sitting at home on a Friday night (yet again), but we'll get to that shortly.  For now, here's the first of THREE obligatory Las Vegas photos for you tonight! 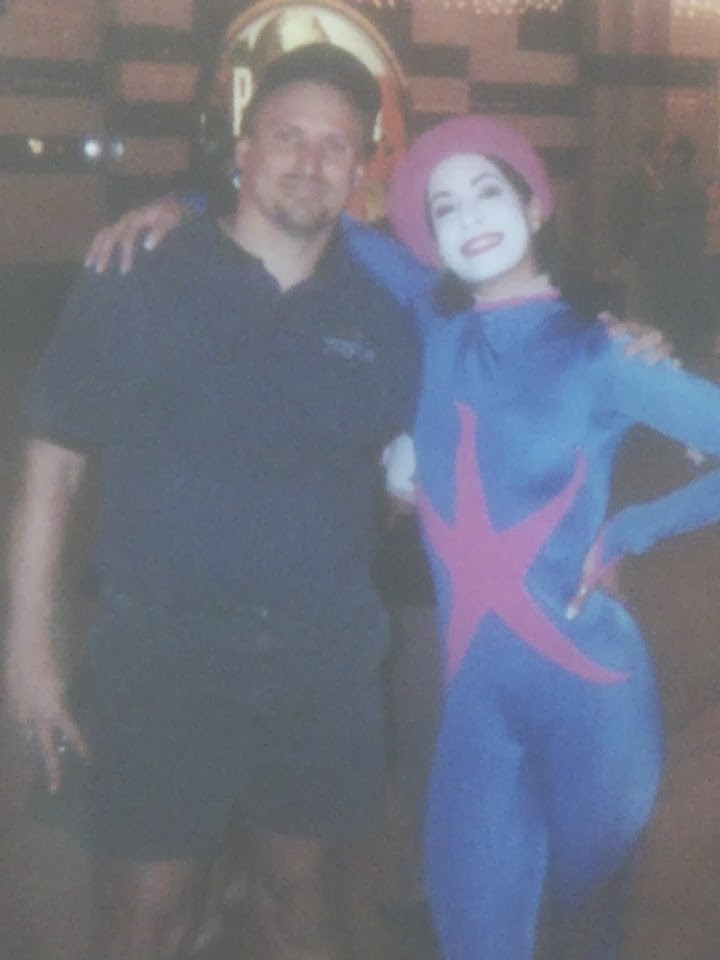 'Handsome Guy, Some Lucky Girl' would be the caption of this picture...  ;)  I believe that this shot was taken on Fremont Street during my very first visit to Las Vegas (yes, 100 years ago).


We're going to lead off with Joey tonight (since we usually keep you in suspense - don't want to become too predictable here)...  Live from the Palace Station Sportsbook in the Mojave Desert, here's Joey... 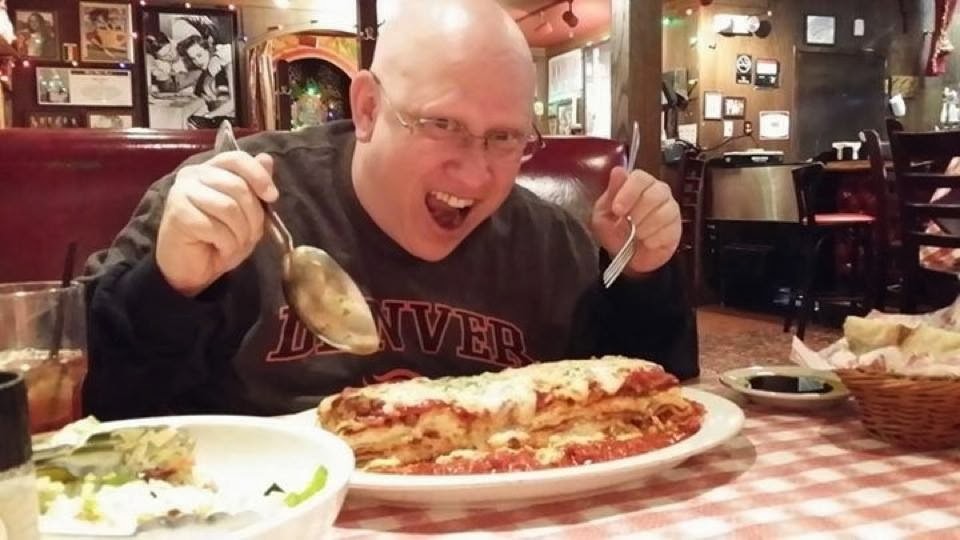 
No more football on the parlay card, and I'm still being razzed for the poor Denver showing, but they are my pick to make it back next year against the 49ers.  Both are 4/1 to win the championship.

In basketball, finishing strong in conference play is key to getting a top seed.  Boise State has started to fade the last two weeks.  In games against San Diego State and UNLV, Boise had the lead but could not close the game.  Saturday they travel to Utah State.  I think the Aggies win in a close one.  Utah State 67  Boise State 64

BYU is playing in the West Coast Conference where they like to run the court.  San Francisco is just having a bad year, and traveling to Utah will not help.  BYU wins and covers.  BYU 86  San Francisco 57

UNLV gets to play at home after being embarrassed by Colorado State.  I think the Rebels wake up and know they have to win against Wyoming, plus UNLV has faster guards and will push the action.  UNLV 72  Wyoming 64

That's all for this edition of the parlay card.  Come say hi at Palace Station and may all your tickets cash.

My friend Joey went 6-2 last weekend.  You can make some money at a 75% clip (I've heard)...  ;) Back to the title of tonight's post, I've stayed in the apartment during the weekend for over a month now, predominantly due to the fact that the weather has been pretty nasty here.  At the University of Texas at Austin, we had a two-hour delay to start our workday on Thursday, and we stayed home on Friday.  Don't cry for me or anything, because I have made significant progress in sorting through my belongings.  It's not 100% that I'll return to Las Vegas in August (although I'm doing everything possible to make that happen), but I sure am preparing like it (which I just said in parentheses, but anyway)...  ;)  We all know that I'll more than likely return to San Marcos, America to reside before my adventurous life comes to an end, but I'm sick of dragging unnecessary possessions back and forth across the country...

In addition to sorting through my stuff, I've also become an avid basketball fan over the past few days.  I've bet 11 games on Bovada over those 3 days, and I'm up 40 cents.  I TOLD YOU that I'll make it as a professional sports handicapper in Vegas!  :D  It's a shame that during this time of the season, basketball lines come out on the day of the game.  I have already investigated my digital cable guide for tomorrow, and have found a total of (at least) 17 games that I'll be able to watch from 11:00 a.m. - 10:00 p.m. CST.  Somebody is going to be doing some learning tomorrow morning...  Hey, it gives me something to root for in the background while I plan the rest of my life, so don't judge me...  ;)  The funny thing is, I take these small bets pretty seriously.  If I lose, I'm quick to brush the results off, because the money is so minimal, but just like with the free/cheap poker that I play online, trying to win and caring about it helps me immensely in the long run. When I returned to Las Vegas for that month just over a year and a half ago, I held my own (virtually broke even) at the poker tables, and I hadn't played any significant live poker for over five years.  I had played online in the interim however (microstakes at Pokerstars, Spadeclub, Club WPT, free MSN), and my game is significantly better than it was when I lived in Las Vegas (yes, 100 years ago).  I was virtually desperate to learn the game and improve when I started, and when I asked my brother Pete what I needed to do to get better, he simply said, "you have to see hands..."

Okay, let's stop right here to insert another promotional Las Vegas photo.  This is the new cover photo that you'll find on my facebook and Twitter accounts... 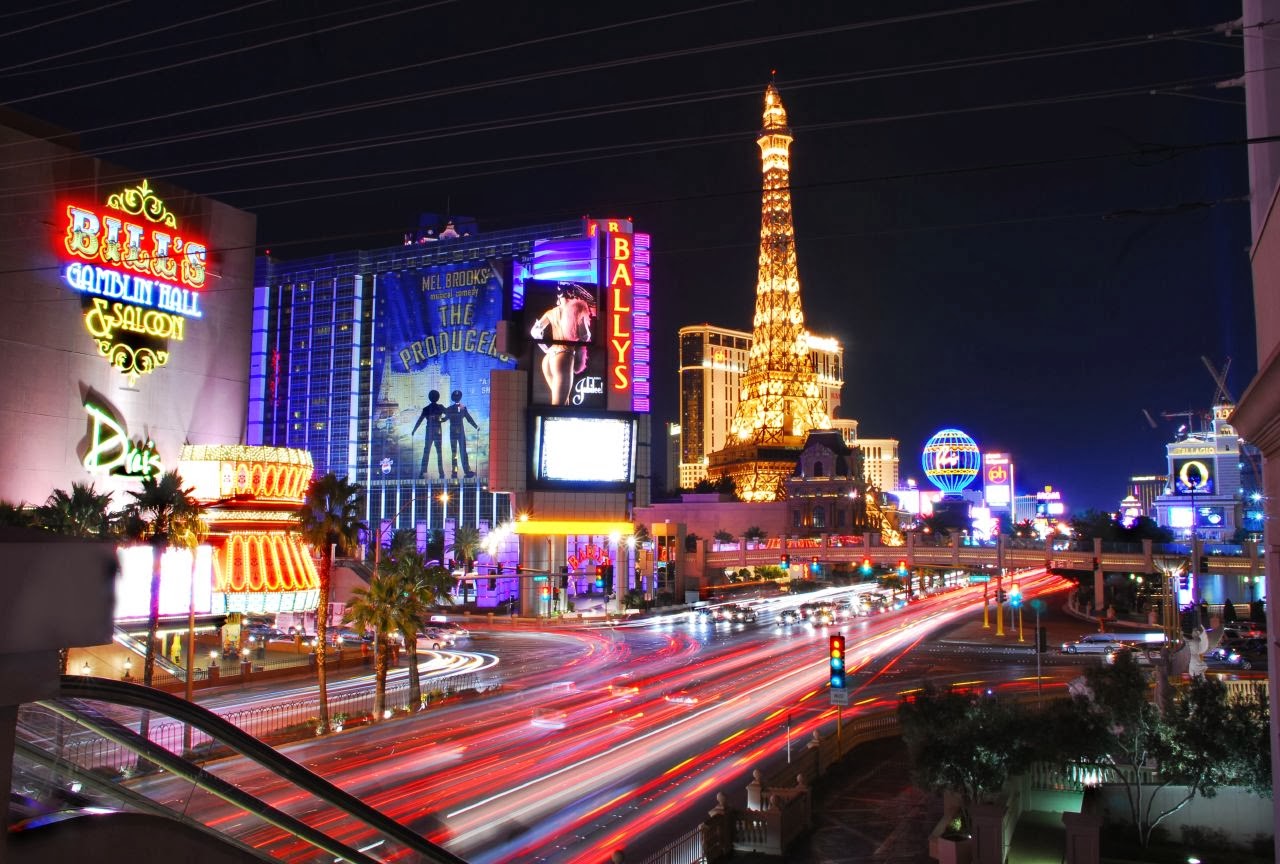 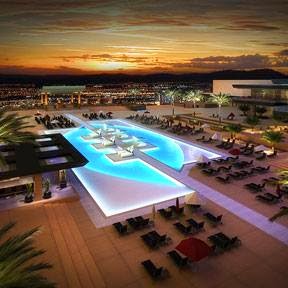 Yep, she's still a temptress...  Speaking of the 'M' and a former employee who has moved on to Hawaii, I've only intended to make this plug for about a month now.  It's appropriate that I do this tonight however, in this specific post, because my little blog will pass the 65,000-view milestone this weekend (with this entry).  This person is responsible for me having a blog at all (and yes, you can place the blame squarely on this person's shoulders)...  ;)  When I dealt poker at the Riviera (yes, 100 years ago), my friend Scott (then a dealer at the Flamingo) would come visit our fledgling room, and would over tip myself and my friends when he won pots at our 2-4 tables (I'm SO THANKFUL that he won pots)...  :D  Scott wrote the first blog that I ever read (I never really knew what a blog was until he told me about it), and now he writes this blog...  lahainahaole.blogspot.com  Okay, he doesn't write very often, but that's because his blog is called 'My Maui Life' (meaning, he lives in HAWAII - would YOU write that often if you lived in Hawaii?)... :P  Seriously, you should check out Scott's blog (which includes the link to his Twitter account, where he does "write" more frequently).  With all of that being said, my "plug" is actually for his new business, which you can find here...  http://www.maikaiolaclothing.com  Trust me - click on the link and check out his site.  The clothes look awesome, part of the profits are being donated to worthwhile organizations - just click on the link, please...  :D  After I moved back to Las Vegas for that month just over a year and a half ago, leaving San Marcos with my STUFFED vehicle and making the nonstop twenty-plus hour drive to the desert, I crashed in my little suite at the El Cortez.  When I woke up after a brief 4-6 hour nap, I already had a text message from Scott, offering to buy me a meal just south of the city (with his wife Julie, whose name you'll also notice on that mission statement) after his shift ended that night at the 'M' Resort.  Good people, I"m telling ya - check out the website for their new business...  ;)

I mentioned the 65,000 views (almost) a minute ago.  I don't know what I expected when I started this, but thank you for stopping by, and have a great weekend!