"Told a colleague I was going to a crawfish boil this weekend.  She not only didn't know what crawfish were, but hadn't been to any kind of a fish boil or anything.  Seriously...  What do people do up north?!?" -Abby Bland-

"Things I've been told at interviews:  'I'm worried you are too nice and happy...'  Sorry I made you laugh.  'Do you regret going to school?'  Umm seriously?  They need to start putting, 'Educated, bright, happy, positive people need not apply'  Stop wasting my time fools..." -Jennifer Hernandez-

"I found out that CrossFit is a lot like reverse Fight Club, because the first rule of CrossFit is to never shut up about CrossFit..." -Mike Mulloy- ("I laughed.  A lot.  But I do love all my CrossFit friends!" -via Abby Bland-)

"People that lie, liars, they wear me out..." -Matthew McConaughey- (when asked about his turn off on 'Inside The Actors Studio')

"If you have to beg someone for their attention, thennnn something is wrong..." -@b_jai2012- (via twitter)

Good afternoon everyone.  The title of today's post means, 'Austin, Texas - Chamber of Commerce - Missing In Action.'  This probably has something to do with the fact that despite the start of spring break for the University of Texas at Austin (and Texas State), the start of South by Southwest, the finals of the 2014 Boys State Basketball Tournament being held today in the Erwin Center, and COUNTLESS other events that I've seen advertised, today IS NOT a "Chamber of Commerce day."  We're supposed to have about a 50% chance of rain all day long...  WOW, I've typed a lot already for not having chatted with you yet (I have all of our basketball picks spelled out down below).  I've been at this for a while now.  Okay, I admit that part of the problem might involve me watching 'Friday Night Lights' (the movie, not the t.v. show).  I've also watched a little bit of basketball (yeah, some of the games that you'll find mentioned below are over already).  #sueme

Let's start off with this morning.  I went to bed at about midnight last night, and woke up at about 5:00 a.m. (for no reason).  While eating an early morning snack, I found that an 'Inside The Actors Studio' featuring Matthew McConaughey was on.  There was almost nothing else (good) on, but I thought this might be interesting (which it was).  To be clear, a talk show is about the last thing that I'll watch on t.v. - as I've told you before, I CAN'T STAND watching NFL pregame shows, and they're talking about FOOTBALL!  Well, they get to the end of the show, and when McConaughey is asked about his turn off, he gives that quote which I typed up above.  As he was ASKED THE QUESTION, I was thinking to myself, "liars."  It blew me away when he gave his answer.  I've never been a big fan of dishonesty (especially with some of the thoughtlessness that I've had to deal with in my personal relationships), and I thought that McConaughey just nailed this answer.  And regarding my early morning snack, I had already picked out this photo from my friends Leanne and Francesca at the facebook page 'Training Truths:  The Good, The Bad, The Ugly' earlier this week for use in today's entry... 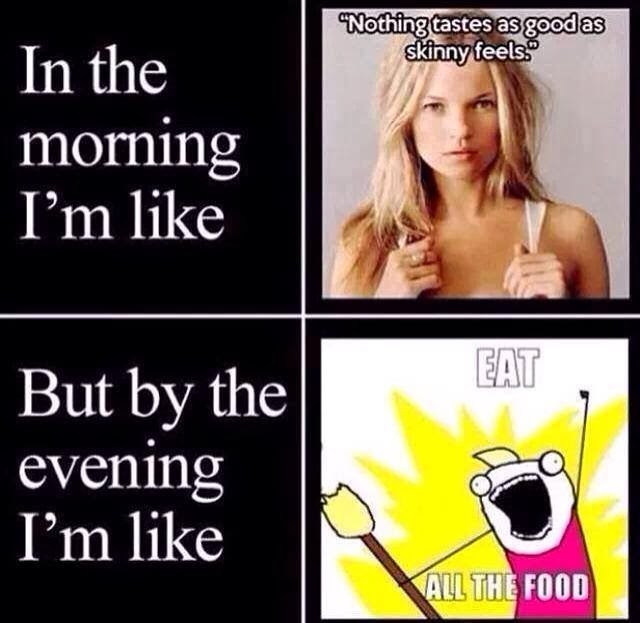 
Speaking of people who evidently like big platefuls of food, live from the Palace Station Sportsbook in Las Vegas, here's Joey...  Oh, by the way, STRIKING RESEMBLANCE between the cartoon guy and Joey (noticing this as I prepare to hit 'publish')...  ;) 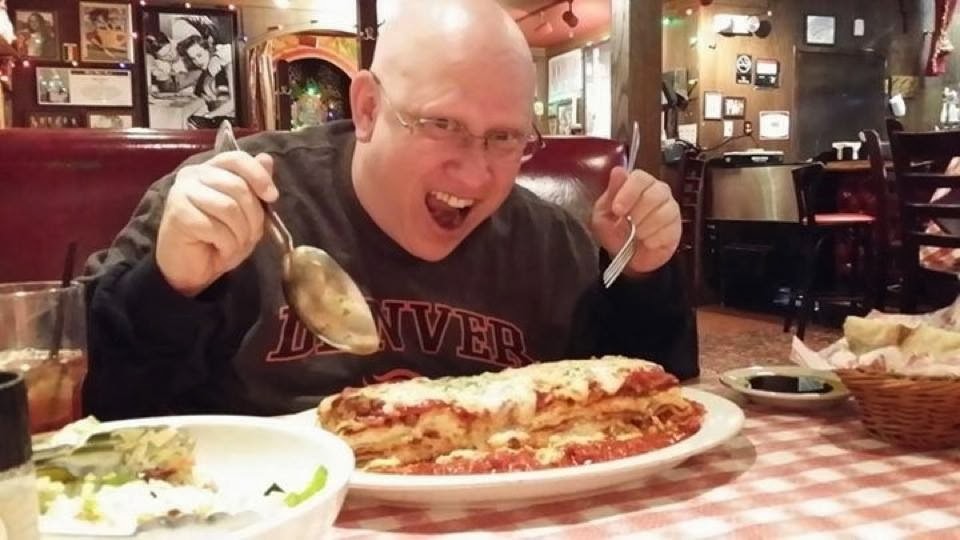 
It's been a crazy last couple of weeks, but we are getting closer to tournament time.  Some of the smaller conferences have already started, and there are 4 conferences having tournaments in Vegas in the next 2 weeks, so if you like tourney basketball, this is the place to be.

We start this week off with Kansas at West Virginia.  Both teams need to win as they head into tournament play.  Kansas has been solid all year long, and West Virginia plays really good at home.  I see the Jayhawks hitting free throws down the stretch to win a tight one.  Kansas 79 West Virginia 75

SMU has lots of ways to get the number three seed in the American Athletic Conference.  They travel to the 20th-ranked Memphis Tigers.  The Tigers have been playing solid basketball the last two weeks.  They are one of my dark horse teams to make the Elite Eight.  Memphis is at home with a crazy crowd and will win this game pretty easy.  Memphis 76  SMU 67

I'm not quite sold on Florida being the number one team in the country.  Their defense is stellar - it's the offense that concerns me sometimes.  It just seems like the kids forget the game plan and start doing whatever they want.  With 6 SEC teams probably getting in the Tourney, 2 of those being Florida and Kentucky, I don't see Florida giving it their all today.  Kentucky in an upset 76-71.

Arkansas looks like they should get in, but they cannot have a letdown at Alabama.  The Razorbacks scored 110 the other night.  If the offense stays sharp, Arkansas will roll the Tide. Arkansas 78  Alabama 61

Finally, the New Mexico Lobos are playing some of their best basketball all year, and are on the road at San Diego State.  The winner of this game will be the conference champion and number one seed.  It really comes down to two players - Thames for San Diego State, and Bairstow for the Lobos.  Bairstow won round one in Albuquerque last week.  I think Thames found his shot against UNLV Wednesday night and continues at home against the Lobos.  San Diego State wins the conference title with a final of SDSU 77 UNM 71

That's all for the parlay card.  If you're in Vegas give me a shout, and may all your tickets cash. 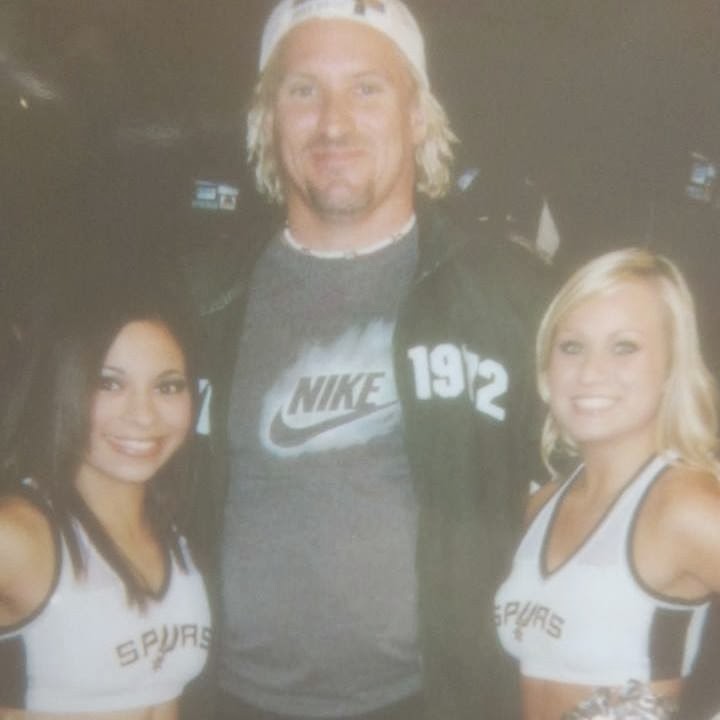 
Okay, now that you can watch me lose basketball games late into the night, I thought that I'd leave you with this.  Of all of the winter storm photos that I've seen posted on facebook, this one is my favorite... 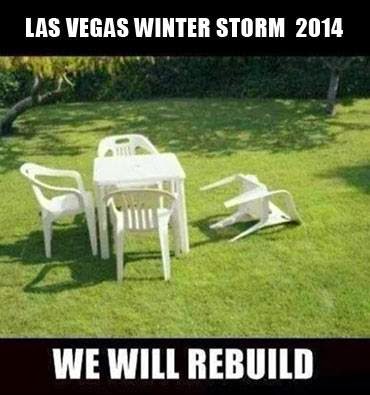 Have a great weekend, and I'll see you again on Tuesday!