"It's the, eye of the tiger, it's the thrill of the fight, risin' up, to the challenge of our rival, and the last known survivor stalks his prey in the night, and he's watchin' us all with the eye..., of the tiger..."
-Survivor- (Eye Of The Tiger)

Good evening everyone.  With the UT game (along with several other football games) coming to us on Thursday this week, your 'Football Friday' post will be coming your way tomorrow night, which means that tonight becomes my personal football night instead of tomorrow night.  With all that being said, you get this post right now...

I remember the first time that I hoped for a Thanksgiving miracle...  If you rewind back to last week, you'll remember that our hero's fantasy football team was 1 1/2 games behind 2 other teams for a playoff spot with only 2 games left to play.  This meant that my team would have to win its remaining 2 games, while 1 of my opponents would have to lose both of its remaining contests.  Fast forward to our current fantasy football standings...


Yes, you're reading the standings correctly.  My Bobcats won last week, while both of the teams that I'm trailing lost their matchups.  I still have to win my game this weekend, but if I do, that forces both teams that I'm chasing to defeat their opponents in order to stay ahead of me.  The bad news is that my Bobcats will be matched up against Good Dotto, who as you can see has the best record in the league.  The good news is that Good Dotto has only scored the 6th-most points in our 12-team league, and has benefitted from his opponents scoring the least points in the league when matched up against his team.  My team has scored the 4th-most points in our league, and I'm only 24 points from having scored the 2nd-most points.  Both Con Juevos and the Dead Crickets will be facing teams with losing records this weekend, BUT those opponents are sitting at 5-8 and 4-7 - they are capable teams in what has been a hotly-contested league, so a Thanksgiving miracle may be in store...  ;)  It is my intention to include my lineup (and my opponent's lineup at "press time") in tomorrow night's entry, so you can follow along at home if your holiday weekend gets slow...  :P

So would you like to hear about how I lost $55.00-ish in cash and merchandise over the weekend?  Yes, this is totally football-related, of course...  ;)  Okay, well when I joined Bovada for mircostakes poker and sports-betting, I deposited $50.00.  As a bonus, Bovada game me a one-time bet worth 50% of my initial deposit.  I decided to use that $25.00 bet on the Carolina Panthers (-4 1/2) over the Miami Dolphins.  If you'll note my '10 Best Bets' for last weekend, I took the Panthers (-4) in this contest.  Sometimes the 1/2-point is HUGE...  I thought that with half of the Dolphins O-Line missing, the Panthers would easily cover the spread in this one.  Well..., the final ended up being Panthers 20-16 over the Dolphins, and I missed having $22.73 deposited to my account, by 1 point...  In a smaller bet, I made a three-team parlay for a buck.  The Baylor/Oklahoma State under (which I should have bet everything that I own on) and the Texas A&M/LSU under came through easily...  AND THEN there was the matter of the Under 54 on the Broncos/Pats game.  New England fumbled the ball in the first quarter of Sunday night's game like it was a hot potato.  By the way..., if you substitute interceptions for fumbles, that is EXACTLY what my Texas State Bobcats looked like in the first quarter of last Saturday's game against Western Kentucky - BAD turnovers....  Coupled with the rush of points that the Broncos scored in the first quarter, and the blitz of points that the Pats put up in the third, my under never had a chance.  Final:  Pats 34  Broncos 31.  That was about $6.00-ish that I lost...  And then there's the Bobcat Nation Sports Bar & Grill weekly football pick 'em contest...  After a full weekend of games, my brother and I both had 17 wins in this contest (the next highest total after us was 15).  This brought us to last night's 49ers/Redskins game, where we both picked Frisco.  And that brought us to the tiebreaker score.  Pete had 42 total points being scored, and I had 45.  This meant if 44 points or more were scored in the game, then I would win the $25.00 tab for the 4th time this season.  However, this is my brother's birthday week, which was obviously a bad omen...  Final:  49ers 27  Redskins 6.  Have I ever mentioned that I hate football?  ;)

In addition to this, both my brother and my friend Leanne were the only two celebrity experts to pick Western Kentucky over the Bobcats on Saturday (yeah, they were right).  And guess what they have in common... 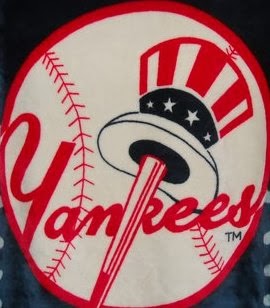 ARRRRGGGGHHHH...  They are both YANKEES FANS!  Expect this to be the ONLY TIME that you'll see that nonsense above in this blog...  To be completely honest, they should both be banned from the blog forever...  HOWEVER, do you remember this photo from last Friday, the one that led into my football picks? 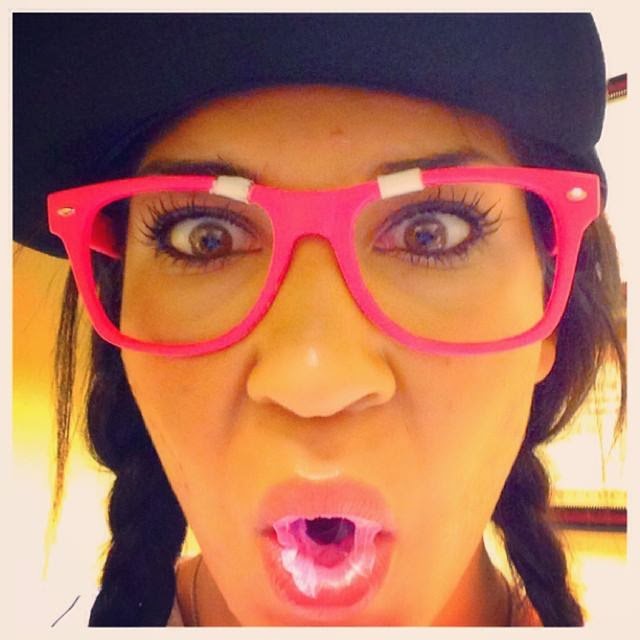 Yeah, this would be Leanne, welcoming you to the '10 Best Bets' that went... (are you ready for it?), 6-3-1 over the weekend!  I don't know HOW I managed another tie (oh yeah, that Carolina game - GRRRRR...), but I FINALLY had another winning week, so maybe we'll let Pete and Leanne stay around a while longer, MAYBE...

Well, on that note, congratulations Pete, thanks for the good karma Leanne, and I'll see y'all again tomorrow night with an early 'Football Friday' - have a good one!