Good afternoon everyone.  After posting our 'Football Friday' entry on Wednesday night, you had to figure that you'd see at least one entry from me (if not a couple) before Monday, since I'm not at work right now.  I am in fact at home currently, contemplating whether or not I like football (again)...  Let's start off with the good news (and there's not a lot). 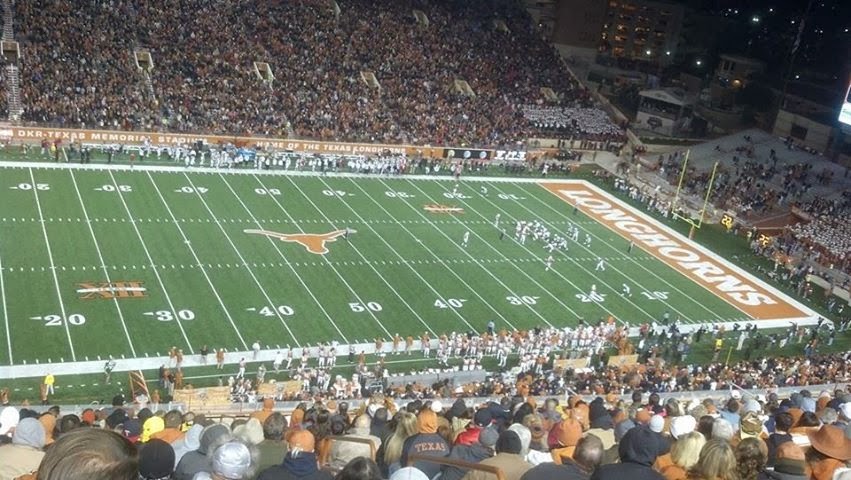 The Texas Longhorns ran their record to 8-3 last night with a 41-16 victory over Texas Tech.  Two of your resident experts picked the Longhorns to win this game, and Joey picked them to lose 38-20...  :P  Don't feel bad for Joey - he gets a staggering salary from me (as does Alyssa), so he can stand a little heat.  ;)  I actually posted this photo on facebook last night with a tag to him, giving him some good-natured grief about his selection.  Oh, and don't fear if you missed our predictions for this weekend - all of our picks, including my 'Ten Best Bets,' are still there to peruse in my previous entry.  As for our other blog favorite, the Texas State Bobcats are currently down 21-14 at the half at Troy.  The game is being shown on ESPN 3, which I don't have.  This means that I am currently following the action on the Rivals.com NCAAF GameChannel.  Don't get too excited about the mention Rivals...  Late in the first half, the splendid webpage had both teams possessing the football at the same time...  The Bobcats actually had a 1st and goal from the 1-yard line and failed to score a single point in that possession right before the half.  This is the final game of the regular season for the Bobcats, and they are projected to be in a bowl game (I read earlier today) pending a win.  If the alma mater loses, I'm not sure what will happen...

I actually left the Texas/Texas Tech blowout early in the fourth quarter last night to catch the end of the Steelers/Ravens game - oh joy...  My Steelers were down 22-14 when I returned home with just under 5 minutes to play, and..., WOW...  If you missed the end of this game, you missed a bizarre finish.  If you did see the final moments of this contest, I have a serious question for you - when Bell got hit in the head (twice?) on the same run, why was that not a penalty on the Ravens, a personal foul for using the crown of the helmet while hitting an opponent in the head?  If you missed this play, the big hoopla over it concerned a touchdown being called back, because once a player loses their helmet (Bell's was literally knocked off of his head), the play is considered dead.  What baffles me is that neither Al Michaels or Cris Collinsworth addressed this aspect of the play AT ALL.  I even heard rumors on the sports broadcasts today where A DIFFERENT PLAY may be reviewed by the NFL, one where Mike Tomlin was on the field during a kick return.  The Steelers did manage to score a touchdown on this late drive, but my contention is that they should have at least had a first down for a personal foul after Bell got whacked, and gained half the distance to the goal line (which honestly wasn't much).  Bell was laid out for several minutes, and as he was helped off the field, staggering, I was (and still am) baffled as to how nothing was called.  Short story long, my Steelers lost 22-20, which leads me to my fantasy team - WONDERFUL... (see Kelley?)  :P

If you've been following along, you know that my fantasy team has to win this weekend, while one of the pair of teams ahead of me has to lose in order for me to reach the playoffs.  Yesterday I faced Matthew Stafford in the early game.  While I'm not thrilled that he scored 19 fantasy points, I do feel lucky that he didn't put up FIFTY!  The Lions CRUSHED the Packers yesterday, but Stafford accounted for three turnovers, and I remember at least a couple of different times that Detroit didn't score at all when in the red zone...  So I'm down 19-0 going to the Dallas game, where I had Jason Witten, and my opponent had..., wait for it..., wait for it..., DeMarco Murray...  UGGGHHH...  Murray only had like 66 total yards, but he made up for it by scoring THREE TOUCHDOWNS...  The end result of the Cowboys/Raiders game:

I can't guarantee you that there won't be any lineup changes before the remainder of this weekend's NFL schedule, but these are the current starting rosters for each of our teams heading into Sunday and Monday...


So it turns out that I REALLY WILL need a Thanksgiving miracle now...  :(  Okay, so now Troy is up 28-14 on the Bobcats with 4:33 remaining in the 3rd quarter, and I'm flipping my t.v. between Arkansas/LSU (I think that the Tigers were a 25-point favorite, and they're down 3 at halftime - I guess that Ashley didn't make the Tiger tailgate today)... 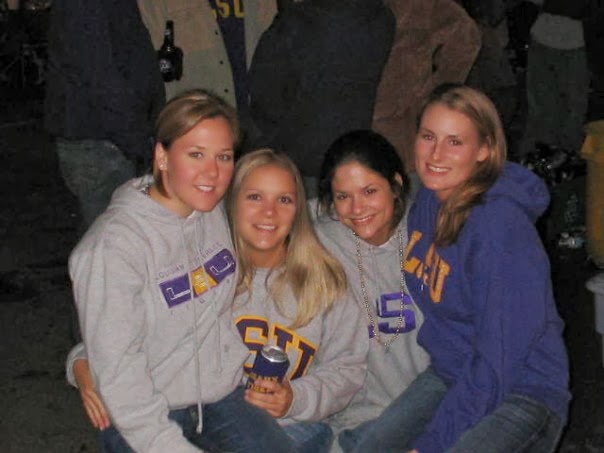 I'm also watching Washington/Washington State, Miami/Pittsburgh, some hockey, some Bourne Ultimatum, and I plan on watching some Arizona/Duke hoops later (among other things) just to root against the Blue Devils.  I was a North Carolina fan even before #23 wore their uniform, so naturally, I'm anti-Duke...  ;)

Well, that should sufficiently catch you up on what's going on here.  I do plan on playing some poker at some point during the weekend so that I'll have that to write about for you.  OH..., and don't think that I was going to leave this out Miletus...  Our beloved long-time blog reader got ENGAGED yesterday!!!  :D  Congratulations Miletus, I'm so happy for you!  I hope that all of you enjoy the rest of your Thanksgiving Weekend, and God bless all of my friends and everyone else out there who is working in retail this weekend...  Have a good one, and a safe one!