"We are the world, we are the children, we are the ones who make a brighter day, so let's start giving..." -USA For Africa- (We Are The World)

"We can bridge the distance, only we can make a difference, don't you know that tears are not enough..." -USA For Africa- (Tears Are Not Enough)

Good evening folks.  Well, tonight seems a lot like last night honestly.  I sit down prepared to write about a few random topics, and then the material available just spirals out of control...  :)  However, after some facebook messaging tonight, this first topic deserves repeating, and updating, and DEFINITELY some praise.  Below are a few photos from an event that took place over the weekend... 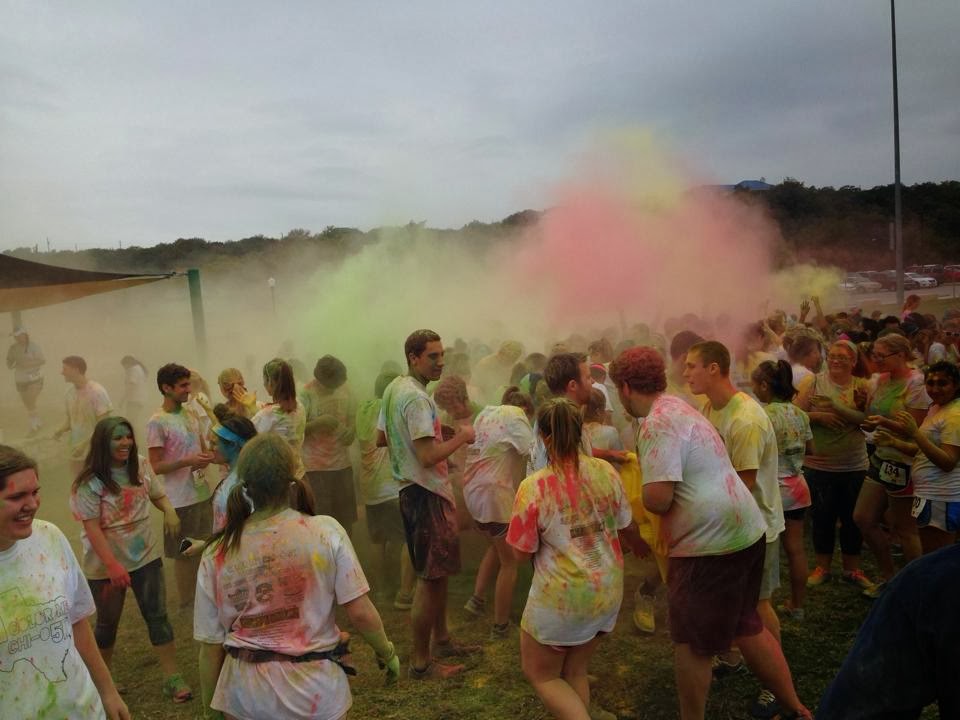 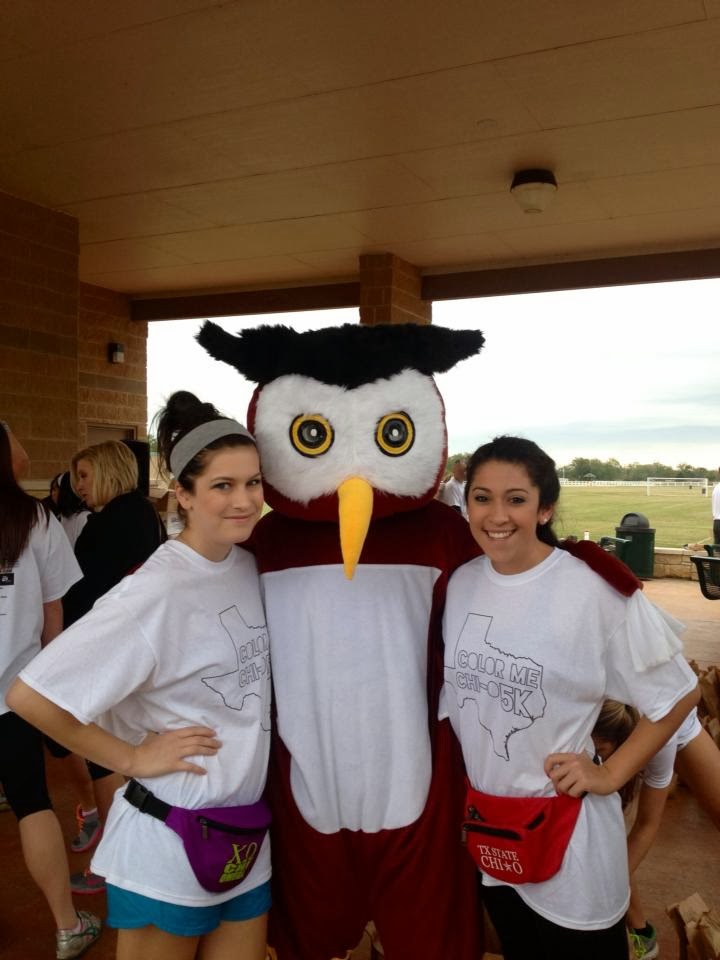 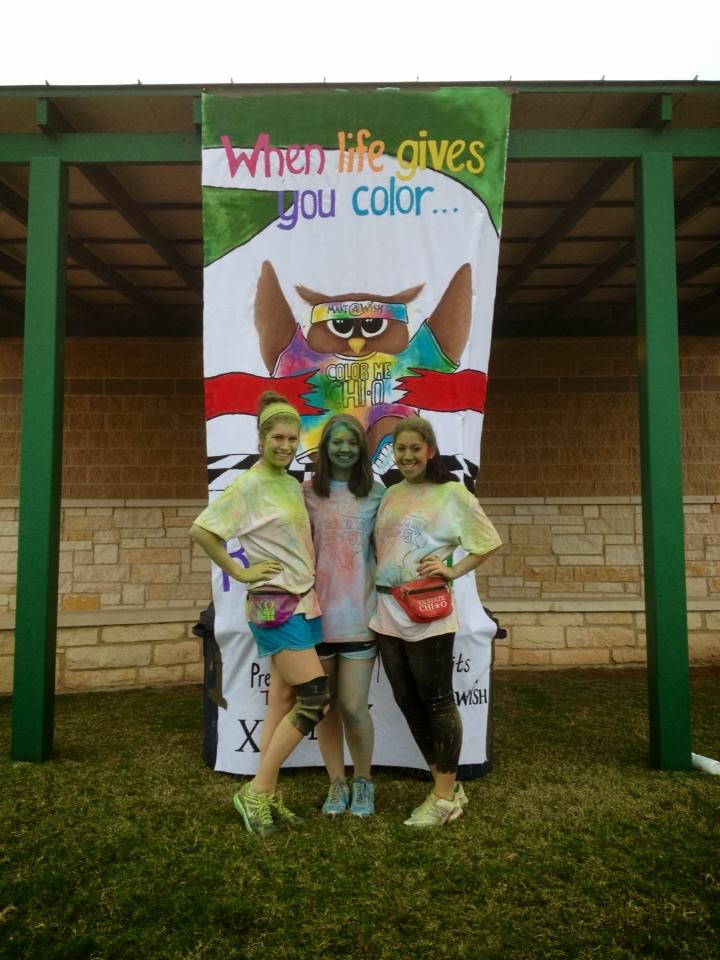 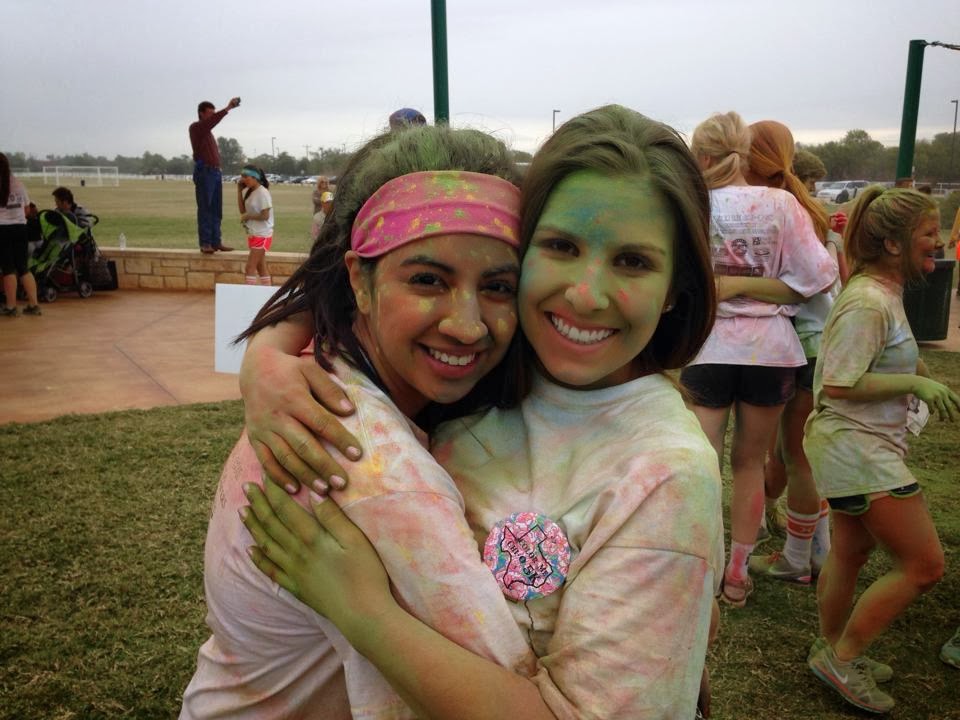 I mentioned the 'Color Me Chi-O 5K Run' here in the blog last night, and I congratulated my friends on raising at least $6,000.00 for the Make-A-Wish Foundation.  Although having 460 participants and raising that much money is great, it seems that some counting was still going on...  THIS is how much money was actually raised this weekend... 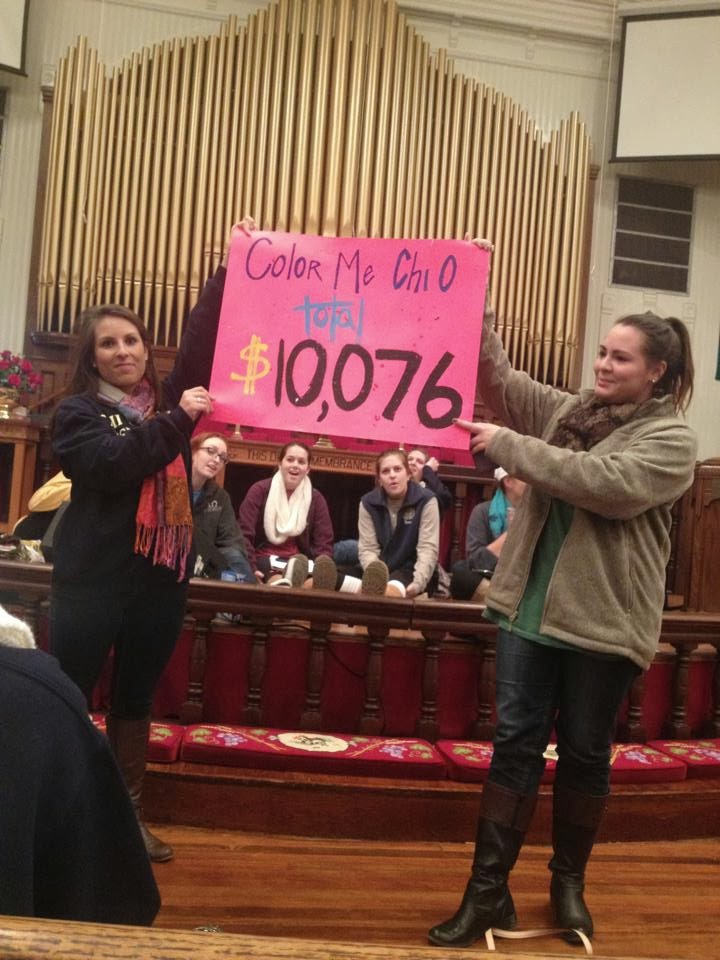 Yes my friends, that's $10,076.00, and that's NOT COUNTING the money that was raised from a profit share that was held after the 5K.  To every Chi Omega at Texas State University, past and present - OUTSTANDING JOB!  And Miss Verissimo, I am EXTREMELY PROUD of you!!! (Verissimo --pictured above left-- might have put a little bit of effort into the planning of this event)...  ;)


Now we'll switch gears from things that really matter to those that are completely frivolous as we look at the weekly update for the standings from my fantasy football league...  I believe that every team in my league that had a winning record won their game this weekend.  As I look at the standings, the teams shown below are the only teams in my league with winning (or even .500) records...


My Bobcats STRUGGLED to score points this weekend, but the two spots on my roster that did reach double-digits scored big.  Drew Brees scored 31 points and LeSean McCoy tallied another 18 as the blog's namesake won its second straight game...


Now I want to take the opportunity to again say thanks to those of you who stop by to read this little blog of mine, and to recognize a small (I don't know how big it is) but loyal group of readers who have been following along for quite some time now.  Last December I made a prediction that the blog would reach 75,000 total views by this coming New Year's Day.  That number probably seemed ludicrous at the time, given the fact that the blog only had 19,000 total views to date, in its first 15 months of existence.  However, I had a plan in place to utilize my (til then, rarely used) Twitter account to let more people know about the blog.  I told you before about how quiet San Marcos (where I was living at this time last year) is in-between semesters.  Well, when I had nothing to do during the break last year, I managed to increase my Twitter following from 93 to about 2,000 in a single month.  What I didn't know at the time that I made my prediction was that Twitter actually has limits on the number of people that you can follow, and that your account WILL BE SUSPENDED if you try to follow too many people too often (I was following others in the hope that they would follow me back you see, and then unfollowing those who didn't, before I followed other new people - brilliant, I know)...  :P

Anyway, I told you all of that just to tell you that a similar thing happened to me with my Yahoo! account.  Yahoo! has something called Yahoo! Answers, and when this blog was in its infancy, that site was the source of most of the blog's readers.  In case you have never visited Yahoo! Answers, people basically just ask questions in an open forum, and then anyone who reads them has the opportunity to answer them.  Well, when I would answer the questions (mainly sports-related, go figure...), I would leave the link to this blog, letting the person that posed the question know that they might enjoy my blog (unlikely, I know)...  ;)  I had read the Yahoo! Answers rules before I started doing this, and the rules stated that as long as any links helped in answering questions, they were okay.  While my link did adhere to this (especially in the arena of sketchy football picks), I think that some users complained because I always left my link, and then Yahoo! later decided that since my blog was Google-sponsored and not Yahoo! sponsored..., well...  And that is totally understandable, but that diatribe leads me to this...  Although I haven't answered a question at Yahoo! Answers in WELL OVER A YEAR, I regularly see in my blog stats where people are still visiting this blog by using the old links that are still visible in questions that I answered there.  Y'all that are visiting here from Yahoo! could simply add this site to your list of favorites, or even type the words 'Bikini Hill' into any search engine (thanks to you, my blog always comes up at or near the top of the list of choices when this is done), but however you find your way here, I REALLY DO APPRECIATE the following...  :)  Back to my prediction, it is unlikely that the blog will reach the 75,000 views by January 1st (unless I hire Verissimo and the Chi-O's to help me out), but the number will be somewhere in the neighborhood of 60,000 views (53,551 currently).  By the way, I helped to sabotage this prediction myself when I changed the name of the blog earlier in the year.  Since I started this blog, I've learned that the more views that it receives, the more it pops the search engines and various other sites (www.vampirestat.com is a site that I receive a lot of views from for example), and in turn it receives more traffic, and so on.  Well, changing the blog's name from 'The View From Bikini Hill' to 'Bikini Hill, 6th, & The Strip' put a halt to this "automatic traffic" that the blog was receiving.  I had a feeling that this would happen in the short-term, but in the long run I believe that the blog's current name better reflects the audience (those who like sketchy football picks) that I'm writing for, and that it's just a better title.  Anyway, to those of you who are finding your way here from Yahoo! Answers, and to all of you who continue to stop by, I really do appreciate it, and hopefully you find something here to make your visits worthwhile.