"Find something worth dying for, then live for it..." -Unknown- (via Francesca Welsh)

"A little hatred can cause big problems..." -Doug Fox- (via Brandie Kirby Raney) 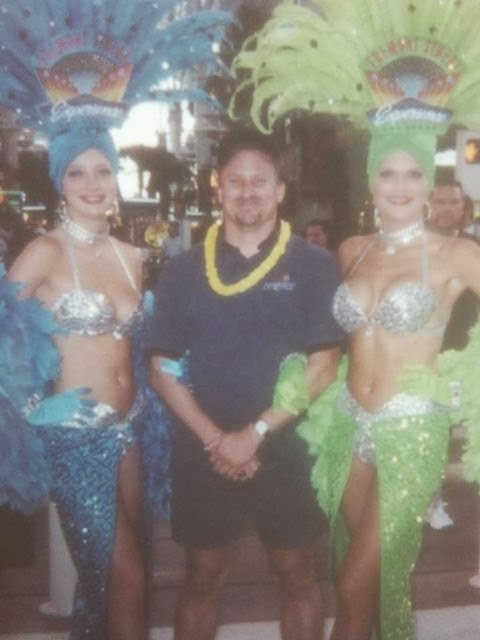 Good evening everyone.  There's your obligatory Las Vegas photo for tonight, two "showgirls" (I think that they just got paid to dress up like this on Fremont Street, and probably weren't a part of any actual show) and myself downtown at the Fremont Street Experience, and yes, I'm actually watching the Pro Bowl as I type this...  #addict  As I continue with my plans to move back to Las Vegas, I've been posting new pictures like the one above and the one below as my profile and cover photos on facebook and Twitter. 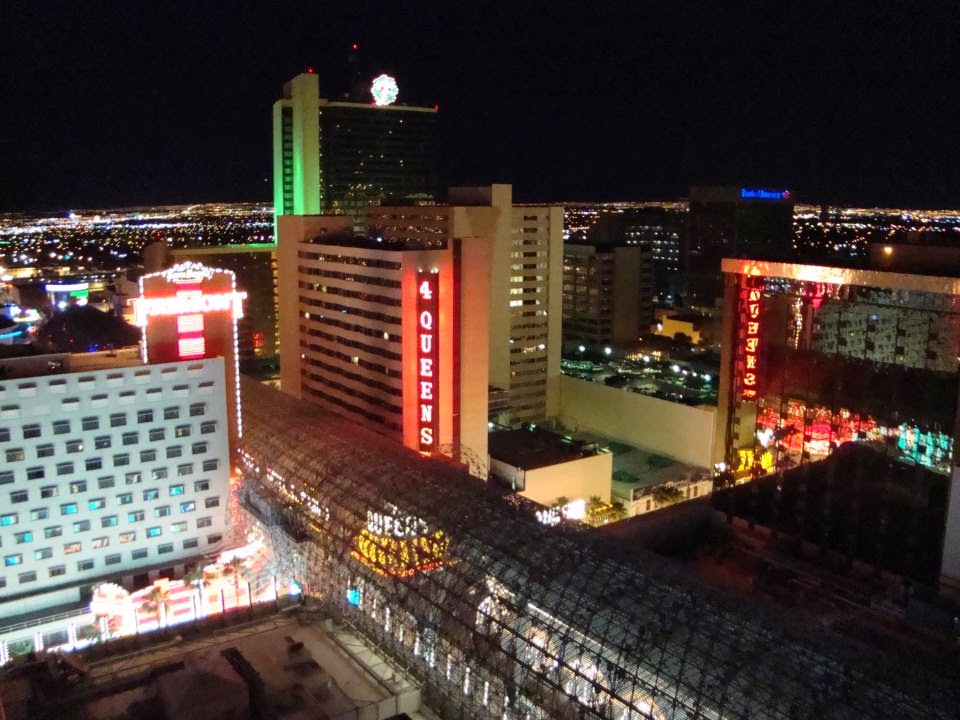 Somehow the photo of myself with the showgirls was 'liked' 19 times, while that photo of the downtown area (Fitzgerald's, Four Queens, Fremont Street Experience, etc...) tallied a whopping ZERO likes...  And YES, I realize that I gave you TWO obligatory Las Vegas photos - deal with it...  ;)  I know that the Las Vegas Strip is popular, but ZERO???

Anyway, the Pro Bowl (Neon Bowl) is on right now, and I'm feeling remorseful for sleeping most of the day away.  As I say down to type this, I clicked on the Weather Channel website to see what's in store for tomorrow.  I learned that it is 70 degrees right now here in Austin, and that we've been put under a WINTER STORM WATCH as another cold front is expected to move in tomorrow, one that will very possibly give us more precipitation (with temperatures below freezing) than we had on Friday, when work at UT (among SEVERAL other places) was cancelled...  HMMMMM...  So yeah, I just woke up from my nap, and will have the joy of being on a campus tomorrow where the winds are supposed to be blowing more than 20 m.p.h. all day long, with the very distinct possibility of having a shortened workday on Tuesday, at the very least...  Oh, and in spite of all the closings on Friday, there were traffic accidents GALORE here in the ATX on Thursday night and Friday morning...  Okay, I was about to move on, but evidently my friends Keri and Liz want to get into the blog...  Being the team player that I am, I often post what I believe is helpful information on facebook and Twitter as statuses and tweets.  No sooner had I reported on our weather predicament, Keri "barges in" and says that it's supposed to be -20 in Minnesota tomorrow (just to one-up me).  THEN, my friend Liz chimes in that she "sees no Watch, just a special weather statement..."  #punks  And if I were a betting man, I'd bet that we'll have a Winter Storm Watch by Tuesday morning...  #PUNKS  ;)

So, memo pads you ask...  As I continue going through all of my personal belongings (and make no mistake, earlier when I missed out on today's gorgeous weather, I was fast asleep, accomplishing nothing) in preparation for my anticipated move, I have found about TEN MORE memo pads...  For those of you who might be new to the blog, I have A LOT of memo pads, having bought them on several occasions in the past when one wasn't in sight before I went shopping.  Hey, they're like (or were) 4 for $1.00, which explains THE STACK on the bookshelf beneath my t.v...  Anyway, I'm ONCE AGAIN trying to whittle down the amount of STUFF that I own, more than sick of carrying unnecessary possessions back and forth across the country...  It's so ironic, because with the recent (with the exception of this weekend) cold weather here, I've spent a lot of the past few months inside/at home, but in Las Vegas I go "out" (to the sportsbooks and poker rooms) on an almost daily basis, interacting with and seeing hundreds of strangers on a daily basis...

Okay, we're not done with the weather yet.  The statuses that you don't expect anyone to say anything about...  :)  Fellow blogger (sometimes) Linda Lou made the comment "wacky weather."  Linda Lou probably has more of a right than anyone I know to make comments about this winter's weather, having been delayed in returning from New York state to Las Vegas for like, ETERNITY...   Okay, it was probably closer to a week, but still...  :)  Then my friend Kelley just remarked that she's gonna end up having to make up all of these days when the weather is actually nice.  Oh, and Kelley said "nice!"  Spoken like a true teacher...  ;)

Some pretty good hits in this game so far - maybe I shouldn't have been so quick to knock it...  :)  My brother Pete was quick to comment that some coaches and G.M's are going to want to do away with this new format...  Speaking of football, the numbers on this year's Super Bowl opened with the Seahawks being a 2-point favorite, and the over/under sitting at 47.  The Stations Casinos (you're welcome Joey) still have the over/under at 47, but now have the BRONCOS as a 2 1/2 point favorite.  I've openly told my friends that I'll wait to see the weather forecast before making my pick.  The last time that I checked, there was an 80% chance of wintry mix during the day next Sunday in East Rutherford, with highs in the 30's...  Logistically, the NFL could really end up regretting this decision, holding the Super Bowl in New Jersey in February.  Then I've heard that there's the possibility of moving the date of the game due to inclement weather, which wouldn't inconvenience anyone...  HMMMMM...

Well, I guess that's all for now.  I'm such a RABID Pro Bowl fan, I better start paying closer attention to some of this...  ;)  Have a great day, and I'll see you Tuesday (maybe REALLY EARLY Tuesday)...