What Should I Do?

"I used to be a heavy gambler, but now I just make mental bets.  That's how I lost my mind..."
-Steve Allen-

Good evening everyone.  Here's the obligatory photo of the Strip that you've come to expect from me recently... 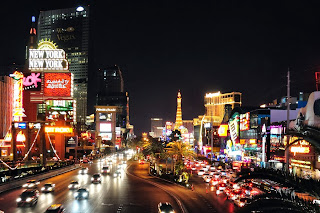 There's no telling what will happen (as I found out in August of 2012), but it's nice to have goals...  ;)  I've recently added the Las Vegas Review Journal website back to my list of 'favorites' - I have to tell you, it's almost like living there...  :P

I really don't have a ton for you tonight, but I put a few things on facebook and Twitter last night that were well-received, so I thought that I'd share them here too.  First, I stole this to do list from my friend Katie yesterday... 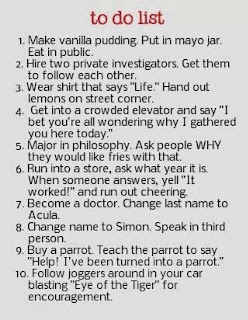 I honestly think that #1 blows the rest of the list away, and I can totally envision eating the vanilla pudding out of a mayonnaise jar at a poker table in Las Vegas, where EVERYONE notices EVERYTHING that you do...  :D 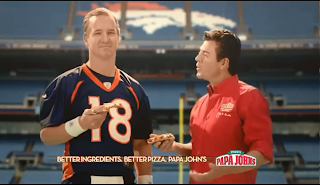 In other news, a friend told me recently that Peyton Manning purchased some Papa John's stores (21) in the Denver area.  Buying pizza stores in a state that legalized marijuana - no one ever accused Peyton of being stupid...  Speaking of Manning and Tom Brady (was I?), it occurred to me last night that it would be almost shocking if either quarterback had a run for over ten yards when they meet on Sunday.  Meanwhile, it wouldn't raise any eyebrows if Russell Wilson or Colin Kaepernick took off on a scramble of twenty-five yards or more...  I think that we'll be treated to a couple of very interesting games on Sunday, although I really couldn't care less (outside of betting purposes) about any of the four teams remaining in the playoffs.

I'll be back here on Thursday to let you know what Joey and I think of this weekend's games.  Have a good one!