Well, I'm starting very late tonight, but I'll have the 3rd period of the Bruins/Stars hockey game to help me get through part of this entry (I'm pretty positive that it will take me more than twenty hockey minutes to finish this).  Evidently the Bruins scored with 4 seconds left in the 2nd period for the game's only goal to this point.  Oh, and good evening everyone.  Oh, and here's your obligatory photo of Las Vegas... 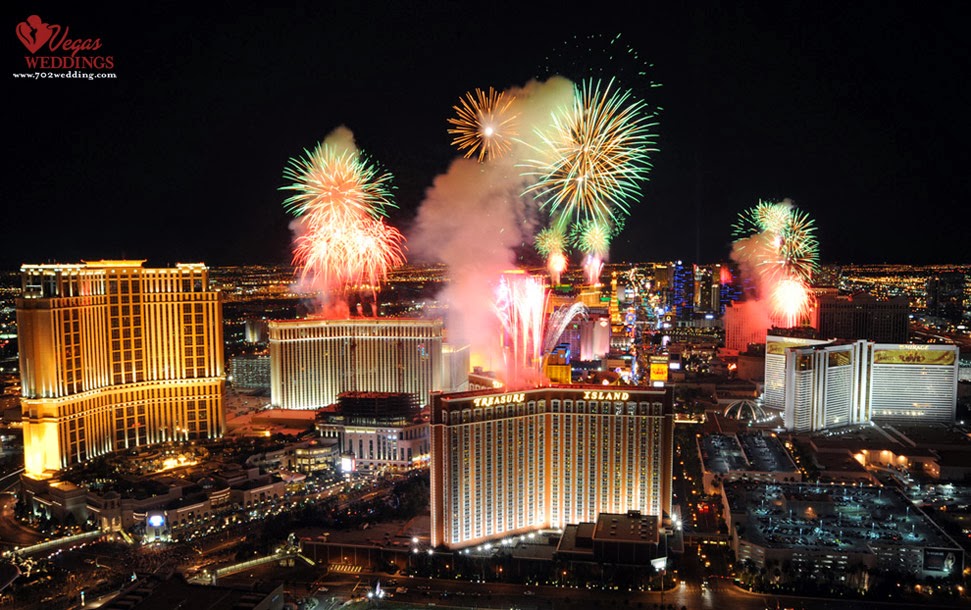 Above you see the fireworks display that Las Vegas set off in my honor when I won my first sports bet (that's probably not true, since I've never won a sports bet)...  If you happen to use the website listed in the upper left hand corner of the picture, just tell them that Coach sent you (and they'll have absolutely no idea who I am)...

Oh, you came here for football you say...  Well, I did much better last weekend, picking the correct winner of every game straight up, and now I'm only a couple of games below .500 as we enter this weekend's conference championship games.  Joey is still four games ahead of me overall in the NFL playoffs, but evidently he's psychic or something, so I'm trying not to worry about it... Speaking of the man who always seems to be attacking a big plate of food while wearing Broncos gear, coming live to you from the Palace Station Sportsbook in Las Vegas, here's Joey... 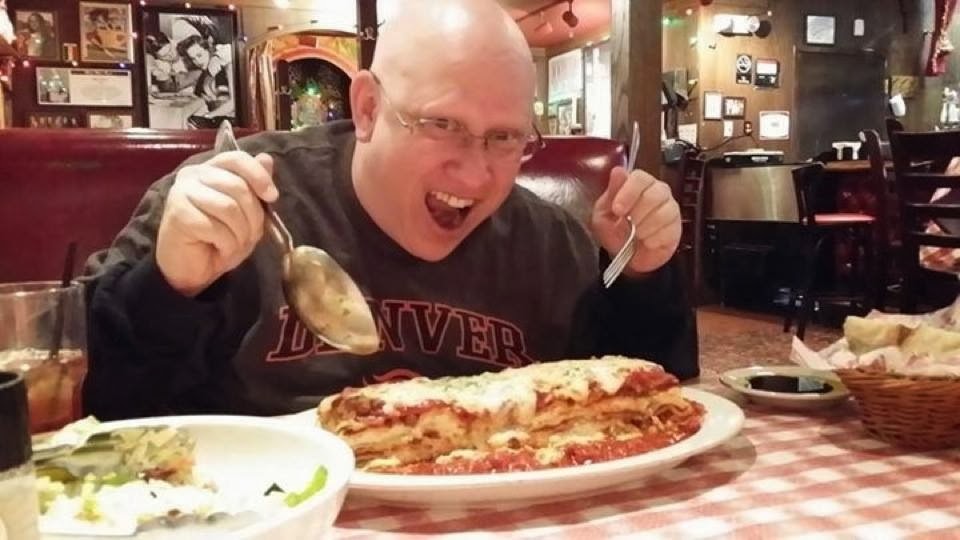 
Welcome to my next-to-favorite edition of the parlay card.  My favorite will be in two weeks when my Denver Broncos will be in the Super Bowl.  That might have given away one of my picks for football to come later.  We will start with this weekend's basketball card...

We start in the SEC where Kentucky lost in overtime to Arkansas on a last-second dunk. Kentucky is a young team, but coming home I see them taking out the frustrations of the last game on Tennessee.  It's Kentucky 80  Tennessee 67.

Both Baylor and Oklahoma lost in the last week, and now both AD's are talking smack to each other in the papers.  Baylor has the better team, coach, and home court.  Baylor wins on a last-second shot, 69-68.

There are only three unbeaten teams left in college basketball.  The Syracuse Orange are one, and after Saturday, the Orange will remain unbeaten.  The outside shooting and ball control for Syracuse keeps this team rolling.  It's Syracuse 67  Pittsburgh 62.

Finally, my New Mexico State Aggies take on the University of Missouri-Kansas City Kangaroos on ESPN on Saturday night.  The Aggies are leading the WAC in three-point shooting, rebounds, and assists.  Plus, 3-0 in the WAC keeps them motivated for the NCAA Tourney.  Saturday the Aggies win 87-70.

And now it's time for the AFC and NFC Championship Games - where has the time gone???


Picks for the NFL Conference Championships...  AFC:  This will be the best game of the entire playoffs.  First, because Denver will move on and to the Super Bowl, and second, because Tom Brady won't.  lol  I think both teams try to run the ball - they have had success over the last couple of weeks.  Denver's Knowshon Moreno has been a stud all year and Tom Brady has found a way to score without throwing a TD - just give it to Legarrette Blount.  I love the under in the game, plus the Broncos win.  Final Score - Denver 27  New England 17.

Denver's (Super Bowl) opponent looks to me like they will have to win on another last-second play. Seattle and San Francisco both have great defenses, but I'm taking the underdog in this game. San Francisco wins 20-17 on a last-second field goal.

Looks like I'm picking Denver and San Francisco in the Super Bowl.  Football is almost over, but the NCAA Tourney is right around the corner, so keep betting the parlays and may all your tickets cash.  Good luck and come cash your tickets at my window at Palace Station.


Alright, I did better on my picks last weekend, so I'm not using my 'Walter White' photo again this week... 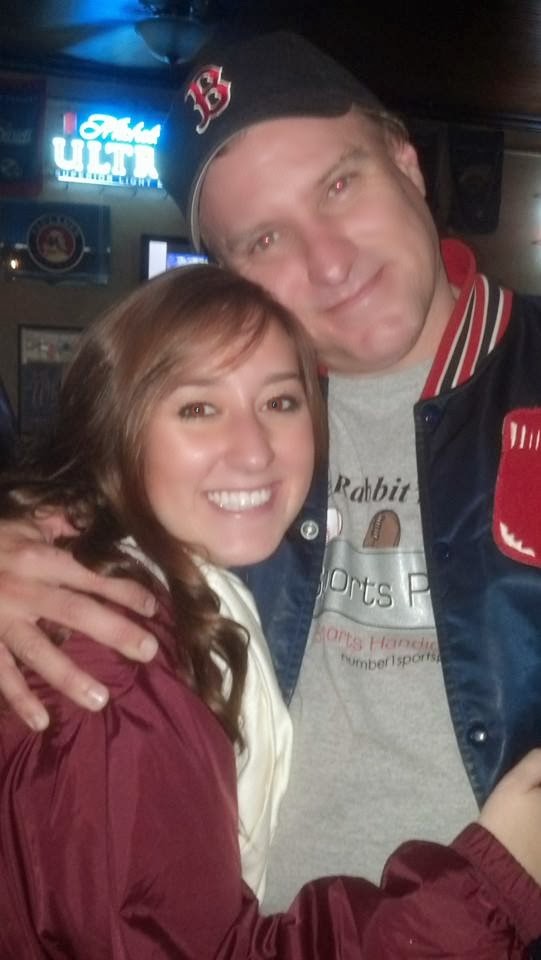 Since we're supposed to have a high of 79 degrees here in the ATX on Monday, I thought that I'd bring back the photo of my favorite lifeguard, Mo (hey, we need one pretty face in the blog, right???)...

This is where I tell you that in spite of all of the scores and predictions that you see me make in the blog, I really try to limit my betting to games that I'm really confident in, and that wouldn't be either of this week's contests.  If either team wins either game, it will not shock me.  As for the Broncos and Patriots, they met in New England back in Week 12, with the Pats taking a 34-31 win. In regards to scoring, I have to disagree with my friend Joey on this one - I think that we have another high-scoring game in store for us, in what may very well be the last playoff matchup between Peyton Manning and Tom Brady.  Think about it - factor in their ages, and the odds of the playoff seedings aligning just right for them again...  All I'm saying is that you better enjoy it Sunday, if you're the sentimental type...  ;)  The forecast for Sunday in Denver is a high of about 60 degrees, so the weather shouldn't be a factor in this one.  I'm going to hedge my bets here, taking the Patriots with the points, but picking the Broncos to win outright...   Broncos 38  Patriots 35

The weather in Seattle is supposed to be in the low 50's on Sunday with a 20% chance of rain.  If this forecast holds true, weather shouldn't be a factor here either.  Back in Week 2, the Seahawks beat the 49ers 29-3 up in Seattle, and in Week 14, San Francisco returned the favor, knocking off the Seahawks 19-17 in Cali.  Although these teams have solid defenses and both games have been 'under' this year, I have to think that the young quarterbacks will make some plays in this one (and heck, maybe the defenses will score also).  Forty is just too low of a number (can you say "tempting" Coach?)...  As for the winner, I've got to take the team that added players (most notably wide receivers) back to its roster as the season progressed.  I expect another close game here... 49ers 24  Seahawks 20